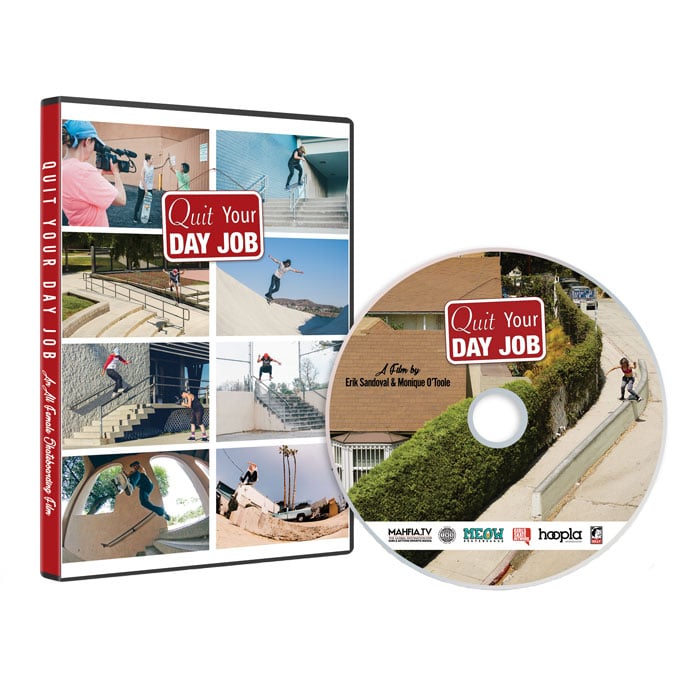 The first full length all-girl US skate video in over a decade!

The first full length female skate film in the US in over a decade, “Quit Your Day Job” showcases the most progressive street skating from the top female skateboarders in the world and introduce up and coming skaters that are paving the way for the future generation of skateboarding. This film will change people’s perception of what females are capable of and inspire a new world of possibility for the next generation of skateboarders.

Created by skaters and filmmakers Erik Sandoval and Monique O’Toole, this project started in January of 2015 as a short skate edit. The desire, demand and need for a full length girls skate film became a reality as Erik and Monique met girls from all over the country whose talents deserve to be showcased. Erik and Monique, along with a few of the skaters decided to quit their day jobs and dedicate their lives to this film. With support from the leaders of the women’s skate community including MAHFIA.TV, Girls Skate Network, Meow Skateboards, Hoopla Skateboards and Silly Girl Skateboards as well as one of the top print publications, Transworld Skateboarding, this project was completed and released in Jan 2017.